So this year I'm going to be 38, which means that I've been collecting tattoos for 20 years. The biggest "rush" of ink has been in the last 5-6 years as I've actually been able to afford it, whereas before it was getting a piece done whenever I could spare a few hundred dollars (which wasn't often) and it also meant the pieces were smaller. The challenge with the sleeves was that we had merge these things together to make it look a bit cohesive. I think, considering I have maybe 2-3hrs left to finish the right arm, that we've managed this pretty good. I want to sincerely thank Jared Phair of Crimson Empire for the amazing work he has done on both sleeves. He's done a fantastic job with everything I've thrown at him. And now I've thrown my wife at him and Angela's tattoo is looking amazing as well. 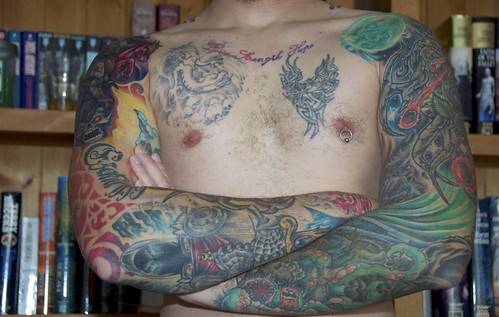 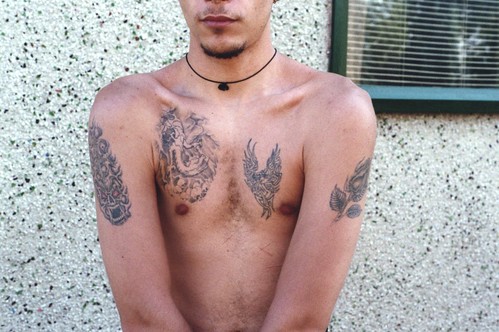